I don’t know what the problem is with doctor’s offices of late but I’m noticing the staff seem aggravated and it all seems to come out at the patients. I had to go to a doctor’s appointment at St. Barnabas’ off site facility on S. Orange Ave, in Livingston, across from Livingston Mall. I was soooo upset that the staff were rude. Then when I became aggravated, they began to, suddenly, have issues with my paperwork–the referral wasn’t there suddenly. The lady of whom I would complain went to the back, knowing I did not know who she was. So while the staff gave me the run around and were nice-nasty, she stayed in her office.

I went right across, about 20 steps from their office to the patient advocate office and I was so upset that I had to do this, I began shedding tears. She gave me a seat and tissue and asked what was wrong. I told her how they were speaking to me, especially the young girl who looked like she just graduated from her medical assistant school. I also explained that I had Lupus and we can not get stressed and theyw were stressing me out. She wrote it all down, my doctor faxed the form to her fax machine and it came right through, whereas the doctor’s office kept saying no, this fax is something else. It’s not it and my doctor was constantly faxing it with the same result. Here in the advocates office, the fax came through. She just apologized, got me water and I took the paper. The young girl saw me coming from the advocates office and slide the glass door quickly and rushed to tell the others. Two of them poked their heads to see and saw me not only coming from that office, but looking at them. They got me into the office quickly, after 35 minutes of bull.

When i got inside, I complained to the doctor and he shook his head and pouted. Turned out many of his patients were complaining. He slid a piece of paper out and wrote down all I said. He wanted to exam me but I could tell he was too bothered by them, so he stopped short while talking and excused himself, and stormed off. He addressed them, they were silent, then he turned to the woman and asked her where she was when this all took place. She must not have answered or walked away because he came back in office, very upset and he apologized. He assured me he would handle it, said two new staff, young…and I’d figured that was the case. I was surprised though that the older, more mature staff who’d been there would join her in that behavior. I just don’t understand people.

Professionalism. What’s happened to that?

Now, to add to that isolated incident is the different in healthcare since Obama care. Normally, I go to the doctors in the winter because although I stay in the house during  winter because of lupus, I’ve noticed most people do not due to the cold. However, I’ve noticed this winter, everybody and their mother is going to the doctor. I asked one of the doctor’s office staff, “What’s going on?!” She said everyone has insurance now. Whereas most work and so they’ll wait and go just before summer vacation or when they’re really sick, with Obama care, people are racing to their doctors because it’s been years since they’ve had medical insurance.

I’m happy for those who have insurance now and can get the medical treatment they need; this will prevent a lot of sickness, diseases and ailments going untreated and leading to death. I’m not happy everyone chosing to go to the doctor in the winter–that’s my time. On a more serious note and aside from rude office staff, I believe the Obama care will save lives and limbs. Thumbs up Mr. President. All I’d ask now is, with Technology taking away so many jobs, and downsizing and outsourcing to different countries for cheap labor, can the federal government hire American citizens to police and be the third party administrators of the Obama care guidelines and work being carried out instead of paying these insurance companies to administer themselves as third parties, where they stop paying bills randomly, deny claims, give no help to patients who are balance billed (a letter stating patient is not responsible would suffice) and give patients the run around; but, that is a conversation & review for another time.

My review is that no matter what it is that a doctor’s staff may be enduring, lack of patient care and bedside manner is unacceptable; as a matter of fact, hiring staff in the medical field should be held to a very high standard considering it is a matter, often times, of life or death. 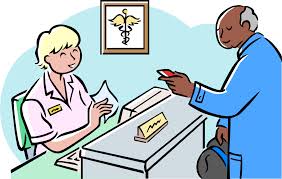